Dogan Akhanlı, the writer and human rights activist from Cologne has been under arrest since 10th August 2010 – and for no good reason! Günter Grass, Edgar Hilsen­rath, Yasar Kemal, Zülfü Livaneli, Orhan Pamuk and Mikis Theodor­akis, amongst others, have called for an imme­diate release.

Dogan Akhanlı was arrested at Istanbul airport on 10th August 2010.

Akhanlı had trav­elled to Turkey to visit his sick father, for the first time since his flight in 1991. The Turkish state pros­e­cutor accused Akhanlı initially of being involved in a robbery of a currency exchange office, October 1989, during which a person was killed. Akhanlı has vigor­ously denied having any connec­tion with this attack. His lawyers Haydar Erol (Istanbul) and Ilias Uyar (Cologne) have ascer­tained that the state pros­e­cu­tion cannot come up with either witnesses or any evidence for this accu­sa­tion.

The Istanbul Judi­cial Author­i­ties turned down three appeals against a remand in custody. On 6th September 2010, the 11th divi­sion for crim­inal matters of the Istanbul crim­inal court autho­rised a trial with charges — a date for the trial has not yet been confirmed. The Turkish state pros­e­cutor pleads for a life-sentence. Akhanlı is now being accused of having organ­ised the attack. He is more­over, consid­ered to be ​“the leader of a plot to over­throw consti­tu­tional order in Turkey”. The polit­ical organ­i­sa­tion that Dogan Akhanlı actu­ally belonged to in the 1980’s has been clas­si­fied as ​“not worth pursuing” and the members were cleared of the accu­sa­tion of having planned an over­throw.

The writer Dogan Akhanlı, born in 1957, went under­ground in Turkey after the mili­tary putsch of 1980. He was impris­oned as a polit­ical pris­oner in the Istanbul mili­tary prison from 1985 to 1987, and was tortured there. He fled to Germany in 1991 and was recog­nised there as a polit­ical refugee, later being expa­tri­ated from Turkey. He has lived in Cologne as a writer since the mid 1990’s, and received a German pass­port in 2001.

In novels, arti­cles, inter­views and projects, Akhanlı has consis­tently campaigned for a discourse on violence and for the indi­vis­i­bility of human rights, one of his core themes being the remem­brance of 20th Century geno­cides (including the Armenian mass murder), and an inter­cul­tural, concil­i­a­tion-oriented dialogue. He is a teacher and volun­tary worker in many Cologne cultural insti­tu­tions. His projects have been supported by amongst others, the German Foun­da­tion ​“Memory, Respon­si­bility and Future” and distin­guished by the Alliance for Democ­racy and Toler­ance. Akhanlıs have novels have been elected as the most impor­tant publi­ca­tions in Turkey (“Madonna’nin Son Hayali” The Madonna’s Last Dream, 2005). The news­paper ​“Hürriyet” awarded him with the 2009 Prize for Liter­a­ture. Dogan Akhanlı has campaigned inten­sively for clar­i­fi­ca­tion of the murder of Hrant Dink and remem­bers the peace­making work of this jour­nalist and author.

Dogan Akhanlı’s situ­a­tion is not unique – that is another reason why your soli­darity is now so impor­tant!

The news that Dogan Akhanli is free spread like wild­fire on Wednesday evening. We would like to confirm this with a few more details than those given in the many, various announce­ments and commu­ni­ca­tions:

The 11th Crim­inal Chamber has reversed the pre-trial deten­tion of Dogan. He has not been put under any resi­dence restric­tions, so may leave and return to Turkey at any time he wishes.
A resump­tion of the trial has been set for the 9th March 2010.

These are the bare facts. Now to some of the pecu­liar­i­ties of the judi­cial decree:

Dogan was first informed that he was a free man, after he had arrived at Tekirdag Prison. Friends then collected him and brought him back to Istanbul, where he arrived just before midnight and was able to cele­brate his freedom together with many others. He will remain in Turkey for a few days, visiting his village on the Black Sea coast, amongst other places (it was also here that people spoke out to support him in his trial, by the way). Dogan will return to Germany before Christmas.

It was because of the great inter­na­tional soli­darity, supported by so many people and groups that an actual end to this game being played with Dogan Akhanli was achieved. Dogan thanks every­body heartily for that. Dogan also informed us yesterday that during his stay at Tekirdag, he got to know many other pris­oners being held on similar flimsy grounds, who are however, less known or even ​“unknown”. He hopes that his release will initiate an end to people being punished for their views in Turkey and that the very many polit­ical pris­oners will even­tu­ally be set free. Our crit­ical regard on the func­tion of Turkish judi­cial process regarding this type of lynch judge­ment will be required beyond the events of yesterday. In the following weeks we will make rele­vant infor­ma­tion avail­able on the website. But first we would person­ally like to thank all those many, many people, for their grand soli­darity and the very fruitful collab­o­ra­tion in helping towards this campaign to achieve freedom for Dogan.

For Albrecht Kieser’s circle of supporters

you walk in the rain

your walk is circular

I wonder at how you walk

where you walk I wonder

walk away you don’t

you care to think
in kind 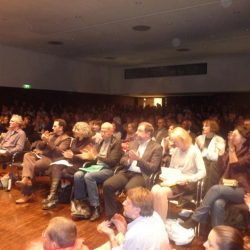 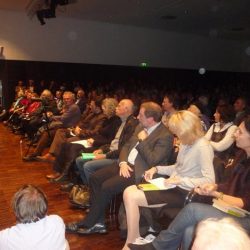 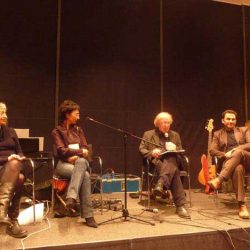 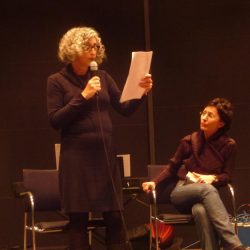 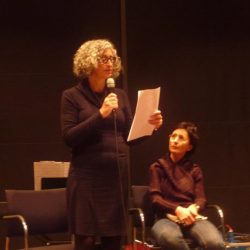 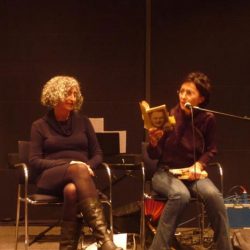 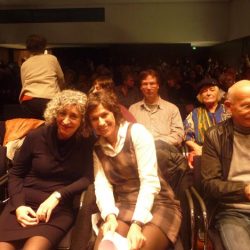 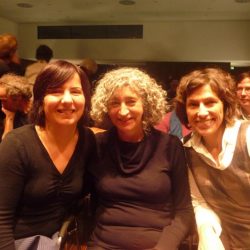