Trains, Tanya Ury’s DVD presents post­cards of trains in new and old Europe — 80 scanned images accom­pa­nied by a digital and elec­tronic music score ​“10 Seconds” by Till Rohmann, AKA Glit­terbug.

Incor­po­rated are photos of French, Hungarian, Austrian and chiefly German trains — the model, origin and where these trans­porters of people and freight were photographed are listed under each repre­sen­ta­tion. These are colour pictures of the S‑Bahn (city and suburban railway) and Kreis­bahn (city circular rail), newer trains followed by older, steam engines and finally a few old black and white images, all presented in pretty land­scapes.

“The Steam Engine, a world of nostalgia and roman­ti­cism.”

It is only at the end of the docu­men­tary that the history of the former Deutsche Reichs­bahn (German National Railway) under National Socialism is referred to at all, refer­ring to its endeavour to examine the railway’s coöper­a­tion with the Nazi régime by way of the Nurem­berg railway museum; the terrible nature of its involve­ment in the Holo­caust has however always until now, remained shielded from the eyes and aware­ness of the regular trav­eller in German stations and on train plat­forms. The exact role of the German railway that trans­ported millions of people across Europe, under inhuman condi­tions in cattle wagons, to a certain death in concen­tra­tion camps is not mentioned in the Deutsche Bahn film.

“The long-standing crit­i­cism of Deutsche Bahn’s (German Rail) nega­tive response has finally shown results. On 1.12.2006, Deutsche Bahn’s manager Mehdorn, together with trans­port minister Tiefensee declared that the Railway will present an exhi­bi­tion on the subject of depor­ta­tion in their stations. Elements of the exhi­bi­tion ​‚11.000 jüdische Kinder. Mit der Reichs­bahn in den Tod’: ​‚11,000 Jewish chil­dren. With the Reichs­bahn (State Railway) to their Deaths’ by Beate Klas­feld will be included. The exhi­bi­tion will open in Berlin on the 27th of January 2008, the memo­rial for victims of the NS régime.

I am delighted that the engage­ment of the German-Israeli Parlia­men­tary Group has also led to this deci­sion. In a conver­sa­tion with Railway Director Mehdorn on 29.11.2006, whom I invited in my capacity of Chairman of the Parlia­men­tary Group, we also came to a cross party deci­sion, to present the exhi­bi­tion at German stations in such a way that a wider public will be reached.”

Till Rohmann has composed a score: ​“10 Seconds”, for this project collab­o­ra­tion with Tanya Ury.

Till Rohmann, aka glit­terbug, is an artist, musi­cian, curator, producer and DJ working and living in the twilight zones between club culture, art, and poli­tics. He is the curator and director of the ​‘c.sides festival’ Israel /​Germany as well as one half of the ​‘Macabug’ artist duo, both together with the Israeli photog­ra­pher and video artist Ronni Shendar.

In 1989, while I was in Germany attending a semester at the Insti­tute for Theatre, Film and Tele­vi­sion Studies, Cologne Univer­sity, a friend intro­duced me to Steve Reich’s ​“Different Trains”, composed for the Kronos string quartet in 1988. Reich had collected ​“recorded Amer­ican and Euro­pean trains sounds of the 1930s and ​‘40s.”1. He also taped the voices of 3 Holo­caust survivors recol­lecting their expe­ri­ences. Reich then wrote inno­v­a­tive music that was to ​“liter­ally imitate that speech melody”2 and combined all for the finished musical collage.

When I arrived in Cologne, I discov­ered that the LUDWIG Presse- und Buch­hand­lung (Ludwig, press and book­shop) in the Cologne Main station, sold post­cards of Euro­pean trains. ​“Different Trains” had so deeply impressed me that my firm inten­tion was to create a video piece in the spirit of Reich’s opus. I was however, concerned that I would fail to do the subject matter justice by merely presenting images of trains – would this be too mini­malist? And so the project remained on the shelf for quite some time, while I was making other works.

Early in 2007, 14 years after I had perma­nently moved to Cologne, an artist friend, whose garden ended under a railway bridge in Cologne-Ehren­feld, announced that she was to give a theme party on trains.

Not only did I person­ally survived a near fatal acci­dent on a British Rail train in 1976 — the fact that Jewish family members of mine were deported in German trains to their deaths in concen­tra­tion camps was a further basis for my awful fasci­na­tion with trains; I have dreamed of such steam engine trans­porters to hell and their oper­a­tors. And so I decided to the old idea off the shelf and recon­sider it as a party-piece.

Nothing came of the festiv­i­ties but while researching for the project I discov­ered that Beate Klars­feld (neé Künzel) the French-German activist and Nazi hunter had at last been successful in her long­standing campaign to bring the exhi­bi­tion ​‘11,000 Jewish chil­dren. With the Reichs­bahn (State Railway) to their Deaths’ to German and Austrian railway stations — the opening was to be in Berlin on the 27th January 2008, memo­rial day for victims of the Nazi régime. This exhi­bi­tion initi­ated by Beate Klars­feld and the asso­ci­a­tion ​“Sons and Daugh­ters of deported French Jews” (whose pres­i­dent is Serge Klars­feld, Beate’s husband) had already been presented in 18 French railway stations from 2002 to 2004; Germany had shied away from such a public confronta­tion with its rail history. It wasn’t until reuni­fi­ca­tion that in Germany first attempts to conduct a closer reap­praisal of the role of the railway during the Holo­caust were made. It became clear to me that a tribute to Klarsfeld’s achieve­ment would be a fine justi­fi­ca­tion to make a video about the trains of the Holo­caust.

Over the years the post­card collec­tion on offer at the same book­shop increased in number and complexity. In 2007 I finally purchased a large number of these and selected 80 — images of trains photographed in Euro­pean loca­tions from which train depor­ta­tions to concen­tra­tion camps will have been made. I decided also to include modern and contem­po­rary trains to illus­trate the changing currents in Europe of contem­po­rary atti­tudes towards to this terrible legacy. I would list the infor­ma­tion on train-type given on the back of the post­cards, under the video images – there is no spoken word, as in Reich’s piece, but these printed words conveys the lure of detail for machinery that the perpe­tra­tors lacked when it came to human interest. Absurdly inte­grated are a couple of train specials with special paint­work: Aspirin plus C and the popular German ​“Maus” (Mouse), animated tele­vi­sion char­acter.

I made the acquain­tance of Israeli artist/​activist Ronni Shendar and her German partner Till Rohmann in 2006, when they invited me to partic­i­pate in the c.sides festival for Inde­pen­dent Elec­tronic Music and Crit­ical Media Art, Jerusalem, which they organise together; Till is himself also an artist, activist, writer and musi­cian. I have often heard him DJ-ing his own compo­si­tions and enjoyed his more complex approach to digital dance music. I invited Till to compose music for the video Trains.

“I had a teacher

a very tall man, his hair was concretely plas­tered smooth

He said, ​‘Black Crows invaded our country many years ago’

and he pointed right at me”3

Crows are a feature of the spoken text in the libretto to ​“Different Trains” by Steve Reich. This was one of my first thoughts when listening to the initial sample edit of 10 Seconds (10 Seconds was to be the title of new compo­si­tion for Trains). The crows are a coin­ci­dence. But the rough and disturbing crow emana­tions that permeate Till Rohmann’s 10 Seconds are appro­priate.

Till had obtained 10 seconds of sound atmos­phere from a friend Menachem Roth we have in common, who had been filming at the concen­tra­tion camp Majdanek for his own project. These 10 seconds were the basis from which Till Rohmann constructed a digital symphony of sound. It has been a personal deci­sion of mine not to visit the loca­tion of any concen­tra­tion camp and Till, who has been to these places, this time chose to work with second hand mate­rial.

What happens in 10 Seconds? My impres­sions to the compo­si­tion 10 Seconds, which is 21 minutes long:

The musical piece commences with a kind of silence for a while — the atmos­pheric sound of the orig­inal almost unal­tered.

After a minute and a half pseudo organ sounds, harmonic, organic resound.

Sounds then compete alter­nately; of under­water burble, suggesting drowning… quiet, pulsa­tion — like breathing – gentle for a while.

It slows down to almost no noise. Stops in fact at the half point of the piece.

And then continues with jarring tones.

Then a base pulse slightly under­mines.

Finally we hear the crows and babbling rever­ber­a­tions pulsate as the dishar­mony fades, returns, melts together.

3 From Section II: Europe – During the war, the Libretto ​“Different Trains” by Steve Reich, ibid 1

Written and produced by Till Rohmann in 2007

’10 seconds’ came about after Tanya Ury told me of her new/​old project enti­tled ​“Trains”. We were discussing various ways one could create a score for the piece as she was strug­gling to find appro­priate audio inter­pre­ta­tions for the project.

She then asked me if I could conjure a proposal or idea for the work. My initial thought was to create a score that would sound ​“harm­less“ and ​“inno­cent“, a score that would only gain a meaning once the listener knew of the context and how the piece would be played. I felt this to would be an audio inter­pre­ta­tion of what Tanya’s visual piece presented visu­ally — seem­ingly mean­ing­less, some­times pretty images that gain a second life and meaning once the viewer knows the context.

I began laying out various ideas, thinking that I should travel to the final desti­na­tions of the depor­ta­tion trains and record ​“silence” on at the sites of the former death camps. I wanted to play back these ​“harm­less“ sounds and noises of mostly ​“nothing“ — maybe wind in the micro­phones, bird noises, rain, passing cars or wind in trees — and in this way let the listener make his or her own connec­tion regarding the context, to allow them to inde­pen­dently re-struc­ture memo­ries, knowl­edge, shame and mourning.

I wanted to incor­po­rate the listener’s recep­tions as an inte­gral part of the work: how does an empty field on the site of a former exter­mi­na­tion camp sound signif­i­cantly different to an empty field else­where? Only once the listener knows about the place it was recorded at, will he or she auto­mat­i­cally relate to the sound completely differ­ently and, if successful, the listener’s recep­tions will become the most powerful part of the piece.

At that time I did not have the possi­bility to travel. I then contacted a joint friend, Menachem Roth, who had recently finished a video project dealing with the Holo­caust and his family history (some of whom were Holo­caust survivors); part of Menachem’s piece was filmed in the former German Nazi concen­tra­tion and exter­mi­na­tion camp Majdanek, which is roughly 2.5 miles (four kilo­me­ters) away from the centre of the Polish city Lublin. I approached him regarding field record­ings from his film footage. Together we went this footage and managed to find a few short moments of the ​“silence“ I was looking for as the majority of the footage contained addi­tional noise: talking, walking, inter­viewing, driving, breathing etc.

I was able to extract a 10 second long recording of ​“silence” from the former Majdanek concen­tra­tion-/exter­mi­na­tion camp. I began to work with these 10 seconds — by filtering, compressing, re-gaining, processing, elon­gating, stretching that bit of silence. All sounds and frequen­cies in the final piece stem from those initial 10 seconds.

The 21-minute score is a process of these 10 seconds in which I brought forth my own impres­sions, emotions, images, memo­ries (I have previ­ously visited the former concentration/​extermination camp Majdanek and the camps of the ​“Aktion Rein­hard“ twice). And as mentioned earlier, my personal processing will only receive its full context and meaning when the viewer and listener realises where the sound comes from.

Till Rohmann, aka glit­terbug, is an artist, musi­cian, curator, producer and DJ working and living in the twilight zones between club culture, art, and poli­tics. He is the co-curator and co-director of the ​‘c.sides festival’ Israel /​Germany as well as one half of the ​‘Macabug’ artist duo, together with the Israeli photog­ra­pher and video artist Ronni Shendar. 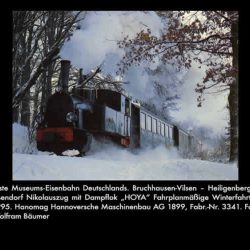