Seduc­tion 2 is a holo­graphic self-portrait of the artist 1992, onto and through which, a slide of the painting ​“Belshazzar’s Feast” by Rembrandt van Rijn c. 1635, is projected.

Seduc­tion 2 was first presented 1992, in front of a framed poster of Rembrandt’s ​“Belshazzar’s Feast” and illu­mi­nated from the front.

The artist gestures with her right fore­finger, showing the back of her hand, either emulating the hand of God, writing on the wall in Rembrandt’s painting, or beck­oning towards the spec­tator; but this gestic­u­la­tion could also be regarded as an offen­sive signal.

In 539 BC, according to the Hebrew Bible, while Bels­hazzar King of Babylon, his concu­bines, cour­te­sans and a thou­sand of his nobles were feasting and drinking from vessels of silver and gold, stolen from the Hebrew Temple of Jerusalem, ​“Suddenly there appeared the fingers of a human hand writing on the plaster of the palace wall oppo­site the lamp, and the king could see the back of the hand as it wrote.” Daniel 5, 4

None of Belshazzar’s magi­cians could trans­late the message, although he had offered the diviner of these words, the rank of third in the land; then Daniel, a Jewish exile brought out of Judah, by Belshazzar’s father Nebuchad­nezzar, for his godlike wisdom, was called on by the queen to explain the text and he pronounced: …Mene, mene, tekel, u‑pharsin. Here is the inter­pre­ta­tion: mene: God has numbered your kingdom and brought it to an end; tekel: you are weighed in the balances and are found wanting; u‑pharsin: and your kingdom has been divided and given to the Medes and Persians.’ Daniel 5, 25 – 28, New English Bible

That night Bels­hazzar was killed, and Darius the Mede took the kingdom.

The artist, who appears naked in the holo­graphic instal­la­tion Seduc­tion 2, is frozen in the act of turning, perhaps back to tradi­tional art forms, of which Rembrandt’s paint­ings are repre­sen­ta­tive, where she imper­son­ates God or a cour­tesan, or the unseen Jewish slaves of Belshazzar’s feast, or forward, through the holo­gram, the newest tech­nology in art, to the spec­tator in the present, who sees both dramas. In order to view Rembrandt’s image, one must look through her — she is elusive but part of a histor­ical process. In turning back, like Lot’s wife she risks petri­fac­tion. The impli­ca­tion of this work is that the Jewish woman is trapped, in images of the seduc­tress and slave but also as a corpse in the frozen pictures of the Jewish dead of the Shoah.

In looking forward, the artist’s signal to the spec­tator is there­fore ambiguous, because it reflects the past as well as the present: a seduc­tive summons and/​or the defiant rejec­tion of the patri­ar­chal hege­mony of history. Jean Baudrillard, in his book ​“Seduc­tion”, after which this piece was named, sees a threat with the de-mysti­fi­ca­tion of the signs and rituals of seduc­tion, and the eman­ci­pa­tion of women:

“Freud was right: there is but one sexu­ality, one libido — and it is mascu­line. Sexu­ality has a strong, discrim­i­na­tive struc­ture centered on the phallus, castra­tion, the Name-of-the Father, and repres­sion. There is none other. There is no use dreaming of some non-phallic, unlocked, unmarked sexu­ality. There is no use seeking, from within this struc­ture, to have the femi­nine pass through to the other side, or to cross terms. Either the struc­ture remains the same, with the female being entirely absorbed by the male, or else it collapses, and there is no longer either female or male — the degree zero of the struc­ture.”

“We are entering the era of final solu­tions; for example, that of the sexual revo­lu­tion, of the produc­tion and manage­ment of all liminal and sublim­inal plea­sures, the micro-processing of desire, with the woman who produces herself as woman, and as she, being the last avatar. Ending seduc­tion.” 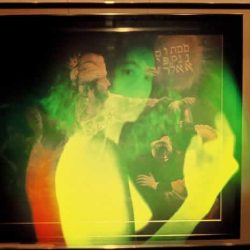