lesser is me more or less features the artist Tanya Ury to the right of the picture, sitting in three-quarter view. Digi­tally incor­po­rated into the photo­graph and facing her to the left, is the German Impres­sionist Lesser Ury, Tanya Ury’s great-grand uncle, in a repro­duc­tion of his ​‘Selb­st­portät mit Dunklem Hut’ (Self-portrait with dark hat, 1914, 64 x 40 cm). At the time, Lesser Ury was 53 years old and at the height of his powers. In this double portrait, the two Urys are more or less the same age, Tanya dresses and poses simi­larly to Lesser and mimics his facial expres­sion. At the centre of lesser is me more or less, conjoining the two picture halves, is the repre­sen­ta­tion of a scar and human scar tissue.

Lesser Ury’s name was estab­lished in the 1880’s with his images of Berlin street scenes that depicted a city under­going the trans­for­ma­tion to Moder­nity. Ury was Jewish and a believer. The paint­ings of biblical themes are not so well known. It was his good fortune that he died in 1931; he was spared witnessing the down­fall of Germany and the anni­hi­la­tion of the Jewish people. After his death, the fate of his oeuvre was unsure; it was declared ​‘entartet’ (degen­erate) by the Nazis and many works were destroyed. A large amount was however, preserved by those private collec­tors who hid his works or emigrated, taking artworks with them to England, the USA and Israel.

In the 1930’s Tanya Ury’s parents fled Nazi Germany to England, where she was born and lived, until she moved to Germany to prac­tise art in 1993. After the war, the art of Lesser Ury was largely forgotten. Thanks to three retro­spec­tives in Berlin (1995 and 2002 in the Käthe-Koll­witz Museum, and 2002 in the Centrum Judaicum) Tanya Ury was able to acquaint herself with a collec­tion of Lesser Ury’s work that had been gath­ered together from many sources abroad.

In the 89 years that sepa­rate the two, pictured Ury’s, two world wars have occurred; Germany was divided and has again been reunited. Berlin is now expe­ri­encing a rebirth and expan­sion as it did during the Fin de Siècle of the 19th century; as a conse­quence, Lesser Ury’s Berlin cityscapes are once more much in demand. Tenta­tively and in recent years, Jewish artists have been returning to live and work in Germany. Whether the rean­i­ma­tion of a Jewish culture in Germany is possible now, and whether this attempt is Franken­steinian and bound to fail, are ques­tions that lesser is me more or less pose. 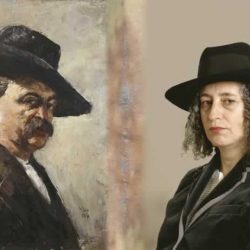 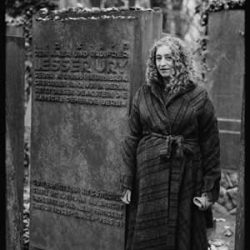 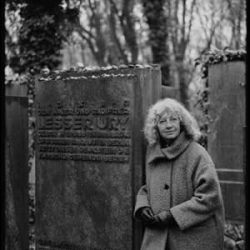