In several of her works Tanya Ury has adopted the name of Hermè or Herme (her & me):

Hermeneu­rotic — a collec­tion of works:

Herme­signet is not a wedding ring but a signet insignia – a woman’s gift to herself, signi­fying her inde­pen­dence and commit­ment to the essen­tial self. The dedi­ca­tion and inscrip­tion is as follows:

FROM HER TO ME ° ALWAYS BE TRUE TO HER SELF °

My parents named me after the pianist Tanya Ury, having met this artist after a concert of hers in London, when I was only a few months old. My name till that day had been Suzanne Miriam Ury. The piano player was delighted that I was to become her name­sake and commis­sioned her husband, a jeweller, to fashion a talisman as a gift. On the back of this lucky charm, a four-leaved clover of gold with a pearl at the centre, there was a legend that read:

Though similar in inten­tion as the golden four leaved clover, with the dedi­ca­tion ​“Tanya To Tanya”, the gold ring with a message is however, a pledge, not of one person to another, but of one person to her own being. 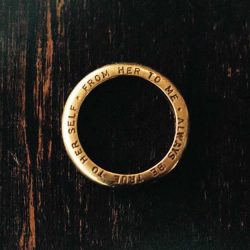 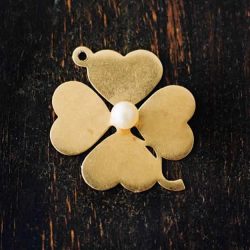 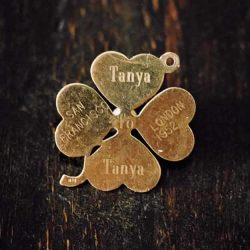