Fading into the Fore­ground has been photographed in colouron nega­tive film with an analogue camera. Although a few photos have been exhib­ited as prints inwooden frames, all the nega­tives are even­tu­ally to be scanned — the series as instal­la­tion will be presented as a digital projec­tion.

The photo series consists chiefly of portraits or snap­shots taken inter­na­tion­ally, of civil­ians wearing camou­flage design or other mili­tary-style fashion, on the street, while going about their daily busi­ness. I have taken some 2000 photographs for this series, since 2006. For this artwork photographs were shot in places that I happened to be visiting – to exhibit, give lectures or to take holi­days:

’It is evident that a culture born out of and built around resis­tance to hege­monic domi­na­tion would inevitably develop into a culture of camou­flage. In repressing resis­tance, power only makes it stronger by forcing it to create more subtle and sophis­ti­cated strate­gies for survival.‘
Aarnoud Rommens, ​“C stands for Censor­ship”, in AS Medi­ati­jd­schrift no 176 Winter 2005-06 Peter Bürger, Theory of the Avant-Garde, Theory and History of Liter­a­ture, Volume 4, Antwerpen: p. 68 All Our Tomor­rows: The Culture of

In early summer 2006, even before the war in Lebanon had occurred, when I was invited to present work in Israel for the c.sides festival, I decided to embark on the photo series Fading into the Fore­ground, real­ising that because of the then and contin­uing ubiq­ui­tous mili­tary-look, a war zone might not appear to look so different from a peace zone, bar the casu­al­ties. Photographed in the series are also ​“real” mili­tary or police and mili­tary vehi­cles. It is not there­fore neces­sarily always clear whether the illus­trated people or cars are civilian, constab­u­lary or martial.

A new conscious­ness has devel­oped glob­ally, towards the possi­bility of the symp­toms of war breaking out arbi­trarily and anywhere, in the form of attacks at bus stops, on trains, in cafés, on airplanes: these general anxi­eties are reflected in the ongoing devel­op­ment of a camou­flage dress code. I started photographing mid-June2006, however, in Cologne, where I live. On 30th June, the day of the World Cup foot­ball quar­ter­fi­nals between Germany and Argentina, in a manner unprece­dented and very discom­forting to me, coming from a family of German Jewish Holo­caust survivors, crowd­scar­ried and wore German flags while singing the German National Anthem. The German press guar­an­teed what was echoed in tele­vi­sion inter­views with foot­ball fans at the time that this newly estab­lished self-assur­ance was not nation­alism but patri­o­tism – for the first time since the war, Germans were allowing them­selves to feel pride under the umbrella — the common ground — of foot­ball, a compet­i­tive game but not war; and they called it a ​“summer fairy­tale”.

14thAugust 2006, the cease­fire in Israel was confirmed after 33 days of war with Lebanon. At this time,I photographed camou­flage being worn by civil­ians on the streets of Budapest and London. I photographed the same in Jerusalem from 30.8. – 5.9.2006, and so on.

This photo series grew out of the research and artwork that I have made on the fascist history of the fashion house Hugo Boss that made Nazi uniforms during World War 2. Boss has become one of the world’s largest fashion compa­nies but now creates only fashion acces­sories. In denial of its own history, Hugo Boss AG refused to publish the completed research that they autho­rised from Elis­a­beth Timm in 1997 (www​.metzingen​-zwangsar​beit​.de). These days, contrari­wise, even if not producedby Boss, the mili­tary look has become a common­place and conspic­uous mode.

Some years after 9.11. and the USA’s over-aggres­sive answer to these terrorist attacks, the war in Iraq was still raging — millions of refugees were fleeing the civil war in Syria, leaving house, home and culture, taking only the clothes on their backs, on the run for their lives from Isis, the Islamic State. The attack on Paris’s satir­ical news­paper Charlie Hebdo, which resulted in 12 deaths and 11 injured was perpe­trated by an Islamist terrorist group — Al-Qaeda’s branch in Yemen. ​“Michael Morell, former deputy director of the CIA, suggested that the motive of the attackers was ​“absolutely clear: trying to shut down a media organ­i­sa­tion that lampooned the Prophet Muhammad”.”1 In November 2015 further terrorist attacks in Paris the name of Isis, left 129 dead and 350 wounded and in Beirut 43 people were killed and 200 more were injured during a series of coör­di­nated suicide bomb­ings.

There has been an esca­la­tion in unrest and war inter­na­tion­ally. The Revo­lu­tion of 2011 in Egypt; and the uprising in Istanbul’s Taksim Gezi Park that took place in 2013 – these had been peaceful demon­stra­tions, which were quashed by state authority. The Syrian Civil War began with unrest in the early spring of 2011 within the context of the Arab Springprotests against their govern­ment, which responded with a crack­down that devel­oped into an armed rebel­lion; and that conse­quently resulted in millions of Syrians seeking refuge in other coun­tries from 2014 onwards2. From 2014 unrest was also to be seen in theUkraine – what started out as anti-govern­ment and Russian sepa­ratist demon­stra­tions in the after­math of the Ukrainian revo­lu­tion then devel­oped into a war.

We do not have a world war but the wars that we see waged daily on our tele­vi­sion screens, whether by armies or indi­vidual terror­ists is echoed in a universal street wear of urban war-fashion. The title Fading into the Fore­grounddescribes what camou­flage as army uniform that has been designed to look like foliage and blend into a land­scape back­ground doesn’t do in the city. Civil­ians who wear camou­flage or khaki are visibly demon­strating their readi­ness for action, or an act of aggres­sion.

One of the protag­o­nists in ​“Falling Man” comments thus 10 days after 9⁄11:
​‘A dozen people were grouped around a guide near the stair­case to the east balcony, gazing at the sky ceiling, the gold-leaf constel­la­tions, with a guardsman and his dog standing along­side, and her mother could not help commenting on the man’s uniform, the ques­tion of jungle camou­flage in mid-town Manhattan.
​”People are leaving, you’re coming back.”’
​“Falling Man” (p 34,) by Don DeLillo 2007, Picador ISBN 978−0−330−45618−0

2 The severity of the human­i­tarian disaster in Syria has been outlined by the UN and many inter­na­tional orga­ni­za­tions. More than 7.6 million Syrians have been displaced, more than 5 million have fled the country to nearby coun­tries such as Turkey, Lebanon, Jordan, Iraq, Egypt, and Kuwait, and a few hundred thou­sand have fled to more distant coun­tries like Germanyand Greeceand have become refugees. Millions more have been left in poor living condi­tions with short­ages of food and drinking water. en​.wikipedia​.org/​wiki/… 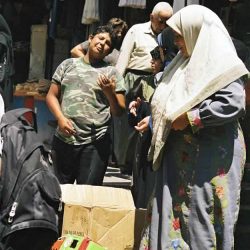 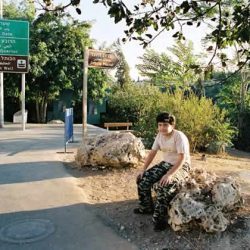 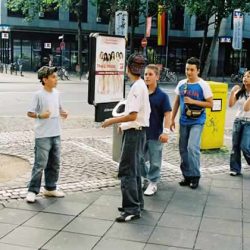 2012 (11.6) Tanya Ury is the featured artist withnew worksin the June edition online of Imag­i­na­tions: Journal of Cross-Cultural Image Studies,University of Alberta, Canada, with Videos: Inti­macy,cement & dark room; a series of 17 concretepoems, the photo­graph Alibi­jude, Selec­tion from the Who’s Bossseries, and 8 photos from Soul Brothers & Sisters,also 3 photos of Occupy in Stras­bourg, from the Fading into the Fore­groundseries; further­more 5 toned poems(sounds, music and sound mix Kasander Nilist) and a peer review inter­view (text and Skype video) with Claude Desmarais, (CA) www​.csj​.ualberta​.ca/im…