Video-instal­la­tion and some printed concrete poetry

The poetry series two toned was written directly after the toned poems that were set to music with sound effects by Kasander Nilist; the title, amongst other things, also refers to the term ​“tone poems”.

A symphonic poem or tone poem is a piece of orches­tral music in a single contin­uous section (a move­ment) in which the content of a poem, a story or novel, a painting, a land­scape or another (non-musical) source is illus­trated or evoked. The term was first applied by Hungarian composer Franz Liszt to his 13 works in this vein. en​.wikipedia​.org/​wiki/…

The term two-tone also suggests the two-tone mate­rial that was often used to make men’s suits fash­ion­able in the 1970’s.

When blue beat and ska were revived in the late 1970s through bands like The Specials, The Beat, Madness it intro­duced two-tone fabric to the fashion and the gang­ster ​‘rude boy’ style of down­town Jamaica. www.hidden-histories.o…

And conse­quently two toned refers also to the music form that emerged in the 1970’s.

2 Tone (or Two Tone) is a music genre created in England in the late 1970s by fusing elements of ska, punk rock, rock­steady, reggae and New Wave. Within the history of ska, 2 Tone is clas­si­fied as its second wave, and is the precursor of the third wave ska scene of the 1980s and 1990s.[1] (…)The term was coined by The Specials’ keyboardist Jerry Dammers, who — with the assis­tance of Horace Panter and graphic designer John ​“Teflon” Sims — created the iconic Walt Jabsco logo (a man in a black suit, white shirt, black tie, pork pie hat, white socks and black loafers) to repre­sent the 2 Tone genre. en​.wikipedia​.org/​wiki/…

Like half dimen­sional poems 2009 – 2011, cement 2011, weißer neger (white nigger) 2011, concrete party 2011 and cross word 2011 – 2012, two toned is prose poetry, written in English and German. In style and sense these are concrete poems, a collec­tion of jumbled abstract thoughts, misun­der­stood conver­sa­tion and misread text, which, reflect the daily life and tempera­ment of the Jewish artist. This piece, unlike Tanya Ury’s other concrete poetry will however be presented with several actors and thema­tises Jewish iden­tity and life in Germany today. 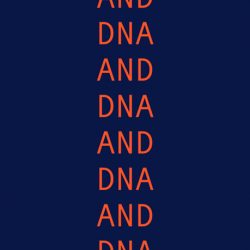