From 2011 on, Tanya Ury started recording 12 of the more tradi­tional poems to be found in her poetry series in a working part­ner­ship with Kasander Nilist (double bass, sound and mix).

Ury has been writing poems daily on Post-it notepaper with a ball­point pen contin­u­ously, since late 2009. These scraps, in English, some­times in German, are often merely lists of words related by sound or asso­ci­a­tion; some­times these are perceived in a dream, or part of a conver­sa­tion is caught on a train. The lists are collected, trans­ferred to the laptop and written with a visual compo­si­tion in mind for future presen­ta­tion.

Occa­sion­ally lines with specific import are devel­oped beyond quip, into poems, which are longer. It is these that have inspired Kasander Nilist to develop a partly contrasting, partially encom­passing sound­track.

The sounds range from bronze singing bowls, the whip­ping sound of a duelling sword and sound collage, to the double base being bowed and plucked; the subject matter is wide:
Artemis, poetry about Artemis Ephesus, the goddess of the hunt.
cells, thoughts on poverty and exploita­tion.
cicada, a poem about the song of the cicada.
duel, a duel as a race against time.
Ovid, an ode about Ovid’s Ode, Ovid and his mistress.
Annika, a woman who possibly speaks a lot of rubbish.
green gloves, about the duel over a woman.
Lolita, about child abuse.
Ondine, a few lines about thirsty Ondine.
born this way, thoughts on sexual incli­na­tion – nature or culture?
Frost, a poem about not choosing the easier path.
Recipe for Love, word fore­play oriented around oral and aural desire.
you kali, is a salute to Kurt Weill
stalling, a nonsense poem
Saline Solu­tion, a poem about self-destruc­tion

Kasander Nilist
Born in 1971, Kasander Nilist has been playing double bass since he was young. In 1996 he inten­si­fied his musical engage­ment with the estab­lish­ment of the band ​“Edelobst“. There followed several bands and band projects with chan­sons char­ac­terised by punk and acoustic under­ground elements — a crossover between the rough and ready rock of ​“Hack Mack Jackson“, the maverick jazz of ​“Kasach­stan Express“, the free jazz aesthetic of ​“Anako­luth Ersatz“ and ​“Bonobo Bastards“. Parallel to that were addi­tional jazz activ­i­ties with ​“String Time Trio“ amongst others, as with German chanson perfor­mances. Apart from that the work together with the musi­cian Matti Rouse has resulted in a singer-song­writing coöper­a­tion. Nilist has further­more created the ​“toned poems” together with the Cologne artist Tanya Ury. Along­side regular atten­dances in the Düssel­dorf session scene, there have also been other conceived cultural works:
— Involve­ment (as a double bass player) in impro­vised theatre pieces.
— Co-founder of the open mic series ​“Kasander’s moth box”.
— Collab­o­ra­tion as an actor in the produc­tion ​“Paradise and the Peri” at the Schu­mann Festival, Düssel­dorf, 2004. 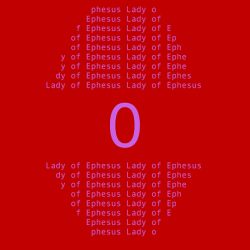