Video-instal­la­tion and some printed concrete poetry

“Pomes Penyeach” was the title of James Joyce’s thir­teen-poem collec­tion, written over a twenty-year period (1904−24).

The title is a play on ​“poems” and ​“pommes” (the French word for apples) which are here offered at ​“a penny each” in either currency. It was the custom for Irish trades­people of the time to offer their customers a ​“tilly” (in Irish, tuil­leadh (= more)) or extra serving – just as English bakers had devel­oped the tradi­tion of the ​“Baker’s dozen”, offering thir­teen loaves instead of twelve. en​.wikipedia​.org/​wiki/…

pommes, the title for my series of poems, which is mostly written in English with parts also in German, is a further play on words — it means chips in German; the expres­sion, a short­ened version of pomme de terre, earth apples was absorbed into the German language from Belgian — the so-called ​“French fries” actu­ally orig­i­nated from Belgium.

Like half dimen­sional poems 2009 – 2011, cement 2011 and weißer neger (white nigger) 2011, pommes is prose poetry, written in English and German. In style and sense these are concrete poems, a collec­tion of jumbled abstract thoughts, misun­der­stood conver­sa­tion and misread text, which, reflect the daily life and tempera­ment of the Jewish artist. This piece, unlike Tanya Ury’s other concrete poetry will however be presented with several actors and thema­tises Jewish iden­tity and life in Germany today. 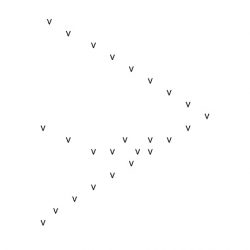 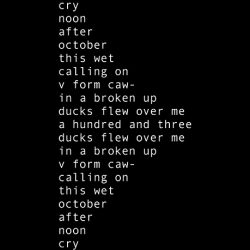