The Poker Poems are by and large about an imag­ined inter­ac­tion between the dictator Adolf Hitler and the philoso­pher Ludwig Wittgen­stein. It is possible that they knew each other in forma­tive years. Hitler and Wittgen­stein were born within 5 days of each other, the former 20.4.1889 the latter 26.4.1889; they also both attended the same school as 14 year-olds in Austrian Linz and were literary contem­po­raries: Wittgenstein’s ​“Trac­tatus Logico-Philo­soph­icus” published in 1921, was written in the German trenches of World War I, Hitler’s ​“Mein Kampf” in 1924. Kimberley Cornish bases his book ​“The Jew from Linz” 1998, on the premise that the anony­mous Jew of ​“Mein Kampf” may have been Wittgen­stein. Tanya Ury has adopted the name Hermè in many of her texts. In the Poker Poems, Hermes refers to her and me, two opposing poles. Alter­na­tive refer­ences to other unholy twins are: Ludwig Wittgen­stein and the philoso­pher Karl Popper, Alice (of Alice in Wonder­land by Lewis Carroll 1832 – 98) and Paulinchen (of Struwelpeter, the German cautionary tales, by Hein­rich Hoff­mann 1809 – 94); paral­lels are also drawn between the biblical twins Jacob and Esau, Jacob and the angel, Jeckyll and Hyde, etc. In Ury’s Poker Poems Wittgen­stein is referred to as a she. The form of the work is also inverted — these are through the looking glass poems, written in mirror form, like Jabber­wocky of ​“Alice Through the Looking Glass”. The callig­raphy of the Poker Poems when seen in a mirror appears clumsy and child-like. Often the sense of Wittgenstein’s ​“Trac­tatus” is anal­o­gous with the nonsen­sical nature of Alice’s universe; Lewis Carroll published several logical puzzles for chil­dren that were consid­ered signif­i­cant by logi­cians.
***
Ury has also created other artworks that might be consid­ered visual poetry. Moving Message 1992, incor­po­rates an LED sign displaying the words: you are why; Sonata in Sea 1999 – 2000 is a photo series combined with poetry and wrestle­with­y­ourangel 2001, is a neon sign produced together with the neon sign neonazi 2001; the title of a double photo portrait lesser is me more or less 2003 plays on the name of the German Post-Impres­sionist Lesser Ury, as does the title of a further double portrait or else 2007, which refers to the German writer Else Ury. The title of a third photo-portrait Beelze­bu­larin 2005 (in the Promised Land series) reveals itself to be an anagram of the biblical Bezalel Ben Uri. half dimen­sional — semi detached 2010, combines the first of the half dimen­sional poems with the photo­graph semi detached.

The ladder referred to in the final lines of Wittgenstein’s ​“Trac­tatus” is in the Poker Poems, a Jacob’s ladder, or a quick­silver ther­mometer: ​“6.54 My propo­si­tions serve as eluci­da­tions in the following way: anyone who under­stands me even­tu­ally recog­nizes them as nonsen­sical, when he has used them – as steps – to climb up beyond them. (He must, so to speak, throw away the ladder after he has climbed up it.) He must tran­scend these propo­si­tions, and then he will see the world aright.” Extract from Wittgenstein’s ​“Trac­tatus Logico-Philo­soph­icus”

Wittgen­stein, who had been awarded a medal for bravery in the First World War, was forced to buy his family out by the Second; they were consid­ered Jewish by the Nurem­berg Laws. In Ury’s poem Adolf Hitler substi­tutes Karl Popper, contender for the philosopher’s crown, in a noto­rious poker game of words with Wittgen­stein that took place during a Moral Science Club Seminar 1946, in Cambridge, England. It was the only time that the two emigrant Austrian Jews were to meet. Their views were diverging; where Wittgen­stein aspired to deci­pher puzzles, Popper aimed to solve prob­lems. This was for him more than the mere untan­gling of linguistic equa­tions; Popper believed that philos­ophy should be prac­tical, that a philosopher’s moral duty was to assist in the real­i­sa­tion of demo­c­ratic rule. He felt that Wittgenstein’s theory of language was dangerous in its abstrac­tion and disin­terest of polit­ical actu­al­i­ties. The war was only just over; England was still living under rationing. It was cold and the only source of heat in H3, the room where the dispute took place, was from a small open fire­place. A fierce vocal exchange, which quickly devel­oped into a serious duelling of words, occurred within moments of the debate opening. Wittgen­stein seeking to illus­trate a point seized the poker, hot from the fire and appeared to threaten Popper with it. While wishing to demon­strate their supremacy in the field of philos­ophy, Wittgen­stein and Popper will nonethe­less have reminded each other, of philosophy’s failure in the face of Hitler’s brute power. Was this the true cause of their conflict? ​“In Jewish terms, he (Wittgen­stein) could be seen as a tradi­tional wilder­ness-wandering tsaddik, a holy man.” (P.18: Wittgenstein’s Poker, Edmonds and Eidinow, 2001 Faber and Faber UK). Wittgen­stein, who was prob­ably a latent homo­sexual, embodied every­thing anathema to the prin­ciple in Hitler’s National Socialist civi­liza­tion. Like the Alien Hand Syndrome, which is an afflic­tion arising from a split in the cortex of the brain, whereby a ​‘domi­nant’ upper limb is likely to act against the will of its owner (the right hand liter­ally does not know what the left hand is doing), these twins of fate, Hitler and Wittgen­stein, dema­gogue and visionary, came to symbolise the polarised sides of a society that destroyed itself. 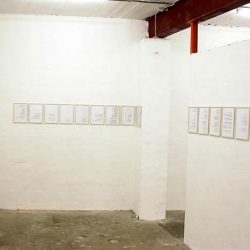 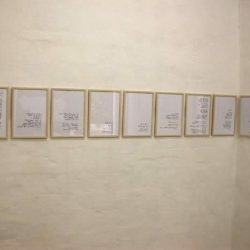 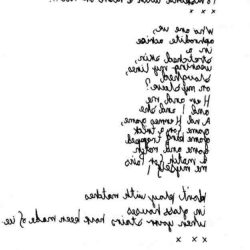 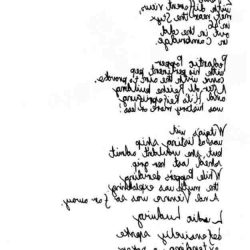