nature or cult, symmet­rical in appear­ance is a lake­side land­scape photo­graph taken at Museum Insel Hombroich in Germany, which has been digi­tally supple­mented with the words nature or cult, in turquoise and pink.

On Friday the 18th of May 2012, I took a train, tram and bus ride with a friend, to visit Museum Insel Hombroich, located between Neuss and Greven­broich, north west of Cologne (ca. 6 miles south west of Düssel­dorf).

After our journey we entered what was for me a veri­table paradise garden. We wandered about the whole after­noon, along tracks constructed between fields and shallow, arti­fi­cial lakes that allowed plant and bird life to flourish undis­turbed; in the long grasses grew innu­mer­able multi-coloured columbines (acqui­le­gias) and many other wild flowers — flying ducks and moorhens rose from and returned to protected nests, in the midst of all this marsh­land beauty.

Our paths didn’t often cross with other visi­tors as we then rambled among pine, sequoia and monkey puzzle trees, blos­soming wisteria, may (hawthorn), lilac and high copper beech hedges, to name but a few of the many horti­cul­tural vari­eties we came upon that had been planted in balanced design for the visi­tors’ enchant­ment, in other parts of the ​“island”.

My friend Kasander, suggested we take refuge from a spring shower in a building located amongst trees. This was one of many pavil­ions erected, some­times secluded, in the land­scape at Insel Hombroich. Inside most of these build­ings was a perma­nent exhi­bi­tion that revealed for me, unex­pected plea­sures: I imme­di­ately recog­nised a series of minute etch­ings by Rembrandt and there were draw­ings by Klimt, paint­ings by Yves Klein, Lovis Corinth, Matisse, Fontana, Polke and Picabia. I saw art by Beuys, Giacom­metti and Bran­cusi. But there were also objects of ancient cultures: from China, Cambodia, Inuit art and artwork from a trop­ical rain­forest, made of colourful bird feathers. In none of these pavil­ions was the stern scrutiny of a secu­rity guard to be seen – the guest, left to her own devices was trusted to respect the valu­able objects on show and the delight of these many discov­eries was height­ened by such a benev­o­lent atmos­phere.

In the rural quiet you might suddenly come across a Chillida sculp­ture, alfresco instal­la­tions by artists in resi­dence, but also archi­tec­tural follies and ancient Buddha statues. Truly, much thought and effort had gone into creating this tran­quil island of nature and culture, a medi­ta­tive escape for the discerning visitor.

Later, during another warm rain­storm we took shelter in the café, with its large angular glass and metal girder walls; many of the other ca. 50 visi­tors of all ages, also found their way here now. The food was simple and deli­cious — the price (for as much as you could eat) being included in the inex­pen­sive day ticket.

On our return, I read up on how the island had been devel­oped: Karl-Hein­rich Müller (1936−2007) had first acquired some land in 1984. 10 years later the ​“Raketen­sta­tion Kapellen”, a former NATO rocket launch base was purchased, alto­gether making up 25 Hectares of land. Build­ings then constructed were designed by various archi­tects and included a library, a concert hall and resi­dences, where artists might live and work. Müller donated the art collec­tion — the land­scape designer was Bern­hard Korte.

This history was impres­sive but as I read through the list of artists in Karl-Hein­rich Müller’s illus­trious collec­tion, to my disap­point­ment I realised that no women were numbered among them.

She gives birth, holds together, supports, serves and releases.

She chal­lenges everyone to come to terms with him- or herself daily.

Karl-Hein­rich Müller has undoubt­edly created an island idyll but has uncon­sciously also demon­strated the culture versus nature argu­ment — with the effec­tu­a­tion of his vast art collec­tion at Museum Insel Hombroich, in which women artists have been excluded, he has fully realised a chau­vinist philos­ophy.

And at the end of the page Karl-Hein­rich Müller is again quoted:

The island toler­ates and wants new people, women and men.

She entices, seduces and wins over, but demands service.

She pays tribute to being allowed.She trusts people who are in earnest.

She is a way of collecting communal expe­ri­ences and results through a variety of exper­i­ments in different areas. 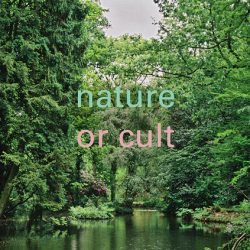