LED display sign with holo­grams of texts, English and German, 1992

The 12, A4 holo­grams of texts have been framed together in steel frames, in three rows of four, 83cm x 78 cm

The LED displays a moving message with various combi­na­tions of the three words YOU ARE WHY. The dictum YOU ARE WHY, not only poses the most funda­mental of exis­ten­tial ques­tions but is also word-play — the phonetic spelling of the artist’s name URY, in English.

Accom­pa­nying the sign are twelve holo­graphic pages of quota­tions, framed in rows of three by four. The format emulates the Urim and Thummim, an ancient Jewish oracle. Taking issue with the ​‘Word’ of the bible and the name of the father, which have been upheld as Law from time immemo­rial, from Moses until Freud, Tanya Ury attempts to locate her own posi­tion within the Judeo/​Christian tradi­tion.

“The word racine (root) has taken on a some­what vulgar tint nowa­days, rubbed in ideolo­gies that have racist conno­ta­tions. We must reduce it to ashes and wait for its rebirth. Then we will hear a very beau­tiful word. I thank Jean Racine, I return to my racines with Racine. The signi­fiers of our great writers work on us; the common proper name, the proper common name affects us, as readers, and espe­cially the one whose name it is. We must all deal with the uncon­scious effects of our proper name. We find this aspect of language’s inter­ven­tion in our destiny on the flesh of our imag­i­na­tion. We work on writers whose names are bearers of textual effects. That doesn’t mean I am attracted by authors whose names are at work in the language but simply that there aren’t any names which don’t produce signi­fying effects. Genet constantly puts his name to work in the French language. Entire works were born from his name. There is corneille (crow) in Corneille’s texts: the bird, the rela­tion to eleva­tion, to flying, to a certain type of bird. If we take up Leviticus again, we will find all kinds of crows. Racine must trans­late the effects of roots (racine) in all his texts, espe­cially the roots (racines); since the proper name belongs to the order of roots, it is the lightest and most intan­gible root we have. It roots us, in language and beyond, without our knowing precisely where. One author whose name was not without signi­fying effects – of which he was perfectly well aware – is Kafka. In German, Kafka means chouca = corneille (crow). He too is a bird. He knows it, plays with it, inscribes it. In Wedding Prepa­ra­tions in the Country and Other Posthu­mous Writ­ings and in the Diaries there are several instances of this type of small apho­risms that work on crows1. It’s magnif­i­cent. The crows main­tain that they can destroy the sky.

The crows main­tain that a single crow could destroy the heavens. There is no doubt about that, but it proves nothing against the heavens, for heaven simply means: the impos­si­bility of crows.2

It’s possible or it’s impos­sible, no one can go and verify. Perhaps that’s what going to the root is, going toward the unver­i­fi­able. As for Clarice Lispector’s name, who could invent a name more promising of light or vision?”3

3 Clarice Lispector (December 10, 1920 – December 9, 1977) was a Brazilian writer. Acclaimed inter­na­tion­ally for her inno­v­a­tive novels and short stories, she was also a jour­nalist. en​.wikipedia​.org/​wiki/… 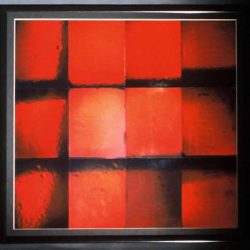 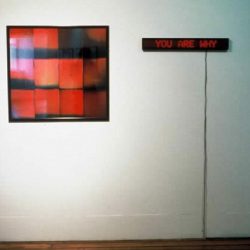 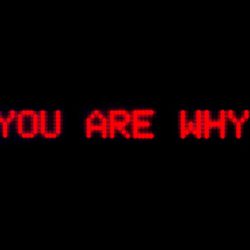