This poem dedi­cated to Tanya Ury’s sister Nini, whose name is contained in the word femi­ninity, first saw life as an etching and early student work of the artist when she commenced her BA HONS in Fine Art studies in 1984, as a mature student.

The written (and etched) form of the poem is that of a fan. The poem itself is an allit­er­a­tive medi­ta­tion on the letter and sound of ​“f” (and ​“ph”).

In its style and inten­tion the concrete poetry is a collec­tion of jumbled, abstract ideas that reflect the day-to-day life and mood of the artist. Above all, it is impro­vised and written down imme­di­ately — in essence it is auto­matic writing. 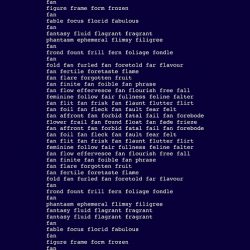 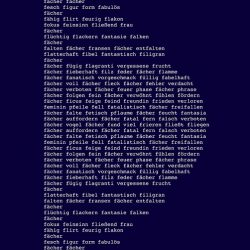