This video projec­tion features a woman, Maria Amman, who is looking for a contact lens that she has lost on the pave­ment. She has only one good eye to search with and asks for assis­tance from bystanders on the street. The loca­tion is outside the town hall in Cologne. A couple have just been married and on the ground between the cobble­stones, glit­tering confetti are mistak­enly thought to be the lost lens. Various plaques and street signs in the vicinity enlighten that this used to be the Jewish quarter, report the mass destruc­tion of the Romany people in German concen­tra­tion camps and more recently a commem­o­ra­tive inscrip­tion of the inter­na­tional summit meeting in Cologne, 1999 cele­brating the end of the Balkan war and peace.

An unusual outcome of the bombing of Cologne during the Second World War was the discovery of the remains of a syna­gogue in the vicinity of the Town Hall. The ruins date back to circa 1170, but it is believed that there were three former Houses of God built in the same area over the centuries; a Jewish commu­nity in Cologne was first mentioned in archival docu­ments, in the year 321 – making it the oldest this side of the Alps. At the outbreak of the Plague in 1348 – 1349 the entire Jewish Commu­nity was wiped out in a pogrom – claims were made that they had poisoned the water in the wells of Cologne.

In the 1950’s only the Mikve (ritual bath) was exposed. But proposals to build a Jewish Museum on this spot have been underway since the year 2000. In spring 2008, after exca­va­tions of the Roman ruins and Middle Ages syna­gogue had commenced, discus­sions turned into contro­ver­sial public disputes — whether a house of Jewish culture should be built in the area outside the Cologne Town Hall, to house the ruin of the syna­gogue, or some­where else. According to mayor Schramma:
“’Owing to the massive­ness and the large area it would cover’ he viewed the design for the intended loca­tion in front of the histor­ical Town Hall scep­ti­cally. The neigh­bouring Wallraf Richartz Museum, would be obscured by the planned construc­tion, the façade of the Town hall and the Rathaus Square would more­over be ​‘obstructed’, he states in City of Cologne press state­ment.” (Trans­la­tion from German T.U.)
www​.wdr​.de/​t​h​e​m​e​n​/​k​u​l​t​u​r​/​3​/​m​u​s​e​u​m​_​j​u​e​d​i​s​c​h​e​_​k​u​l​t​u​r​_​k​o​e​l​n​/​i​n​d​e​x​.​jhtml

There is further­more, a dilemma regarding the financing of the project: the exca­va­tion of the ruins could be completed with state funding by 2010. But the extent of time required for the Museum’s construc­tion remains an unknown because spon­sor­ship, circa 10 to 15 million Euros, has still to be raised from private sources. 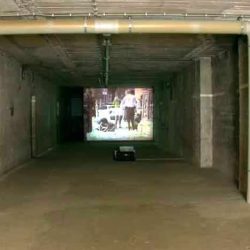 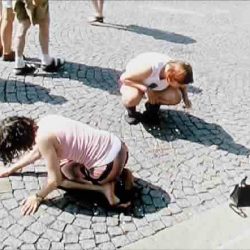 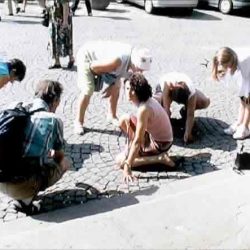