Tanya Ury has devel­oped archive burn out, a spoken text, to be presented together with the impro­vising musi­cians of Suspended Beliefs: Gernot Bogumil trumpet, Kasander Nilist double bass, Hans Salz percus­sion. Each of four parts: the gath­erers, the library, anti gone and burn out depict various stages in the devel­op­ment and even­tual collapse of an archive. The inclu­sion of a video-clip about the book burning in 1933 by the Nazis, in the context of this piece that refer­ences the collapse of the Histor­ical Archive of the City of Cologne, five years after it’s occur­rence, connects the two events.

The impro­vised music keeps to a struc­ture that inte­grates various concepts – an African rhythm of the Ewe people is recre­ated for example. East Asian sounds are also created with a penta­tonic scale. Jazz-like and the more abstract sounds of new music, as well as a chorale-like element, form part of the impro­vised score, to suggest diver­sity and inclu­sion, in the accu­mu­la­tion of an archive, before it fails because of censor­ship or care­less­ness.
If Freud suffered from mal d’archive, if his case stems from a trouble de l’archive, he is not without his place, simul­ta­ne­ously, in the archive fever or disorder we are expe­ri­encing today, concerning its lightest symp­toms or the great holo­caustic tragedies of our modern history and histo­ri­og­raphy: concerning all the detestable revi­sionisms, as well as the most legit­i­mate, neces­sary, and coura­geous rewrit­ings of history.

P. 90 ​“Archive Fever – A Freudian Impres­sion”, Jacques Derrida 1994, The Univer­sity of Chicago Press 1996 ISBN: 0−226−14367−8
Within the mind and body, a person carries a covert, personal library that includes genetic memory and the subcon­scious. An archive like­wise may be more than the sum of its collected parts when in between the lines (the walls of shelves), the subordinate’s voice is somehow incor­po­rated into the museum’s body, as oral history, for instance – not walled in and forgotten (anti gone). Tanya Ury’s piece archive burn out makes a case for the rein­state­ment of the hidden or excluded.

Inte­grated into the piece are quota­tions from, amongst other things:

A hege­monic power may demon­strate its ruth­less will, when frac­tions of a society’s estab­lished history are simply elim­i­nated or disre­garded. Whether it happens by chance, as in Alexan­dria of 48 BCE — legend has it that Julius Caesar acci­den­tally burned down the Ancient Library, the largest in the ancient world, during a conflict with Achillas; or by strategy – the Armenian geno­cide of 1915 is still offi­cially being denied in Turkey today; by intrigue — with the efface­ment of certain, no longer wished for facts of histor­ical knowl­edge, as in Soviet Russia of 1929, when Stalin removed images of Trotsky and other politi­cians from offi­cial photographs (they were consid­ered enemies of the people after ques­tioning Stalin’s dicta­to­rial rule); or as in Germany under the Nazis, when a great part of the cultural legacy was symbol­i­cally destroyed with the book burning, of so-called degen­erate writing, in 1933.

In all these cases, the signif­i­cance of a minority culture or aspects of a history that ruling powers seek to bury is under­mined — even in the case of Alexan­dria, a conquering army’s lack of aware­ness regarding the archive’s impor­tance will have been a justi­fi­ca­tion for allowing the library to be destroyed. By these ensnare­ments of exclu­sion or elim­i­na­tion, the voice of a minority may be subsumed and disap­pear. In effect not only genetic but also cultural survival may be ensured or denied by the body politic.

Wilhelm Unger, a Jewish writer, theatre critic and jour­nalist from Cologne was Tanya Ury’s great uncle. On his death in 1985, he bequeathed his personal library to the Salomon Ludwig Stein­heim — Insti­tute for German-Jewish History in Duis­burg. Unger’s personal archive was however, donated to the Histor­ical Archives of the City of Cologne, which trag­i­cally collapsed (along with Tanya Ury’s family archive, including the legacy of her father, Peter Ury’s composed music, and her grand­fa­ther Alfred Unger’s writ­ings). A video extract (5:30 minutes) from the docu­men­tary ​“Verbannte und Verbrannte Kunst” (Banned and Burned Art), by Mari­anne Tralau, from 1983 (cour­tesy of Kaos Kunst & Video-Archiv e.V. Cologne) screened as part of the perfor­mance, also consists of a news­paper passage from 1933, about the book burning on 17th May, in the city of Cologne, conducted by students in the name of the National Social­ists, on the univer­sity premises, and an inter­view with Wilhelm Unger, who witnessed his own books being burned

With the collapse of the Histor­ical City Archives of Cologne, Germany in 2009, a care­less­ness regarding the collec­tion of a more compre­hen­sive histor­ical memory base, than that of a museum (for an archive also assem­bles the minu­tiae of past daily life) became apparent much later – the even­tual subsi­dence of the building was not only due to count­less corrupt local busi­ness prac­tices during the process of the construc­tion of a new tram­line in the vicinity — this archive, the largest munic­ipal collec­tion north of the Alps might have been salvaged, had warning signs of cracks in base­ment walls, which had been reported three months earlier, been taken heed of by the Archive’s own admin­is­tra­tors – there would have been enough time to under­take a salvage oper­a­tion before the fall.

The impli­ca­tions of neglect in this case become more prob­lem­atic when it is apparent that the archive included lega­cies of artists, archi­tects, composers, writers, chore­o­g­ra­phers, in effect free thinkers1 but also Jewish fami­lies (letter exchanges from the Nazi war years will also have gone down with the Archive).

Five years after the collapse of the Histor­ical City Archives, although much of the osten­sibly lost mate­rial has been salvaged, is being stored in museums all over Germany and is in the process of being cleaned – owners of personal archives, have not yet been permitted to view their legacy.

Following the death of her mother Sylvia, in London 1998, the artist Tanya Ury, together with other close rela­tives, decided to donate family docu­ments and papers to the Histor­ical Archives in Cologne, the archive collec­tion known at the time, as the largest this side of the Alps.

Due to negli­gence, both on the part of builders of a new tram­line tunnel in the vicinity but also Archive author­i­ties, who failed to take seri­ously warning cracks that had appeared in the building, the Histor­ical Archives collapsed on 3.3.2009, and some 900 indi­vidual depos­i­to­ries including mate­rial dating back a thou­sand years were folded together with rubble and ruins.

The Ury/​Unger family suffered the loss of a mass of corre­spon­dence, dating back from before WW2 until the late 1990’s, histor­ical docu­ments, super 8 films, photographs, orig­inal musical scores and many jour­nal­istic tape record­ings – these being the remaining traces of a family that had been closely involved in the devel­op­ment of German culture, before and after the Second World War. The family archive repre­sented memo­ra­bilia belonging to 4 gener­a­tions of a Jewish-German family of survivors, who had also expe­ri­enced exile or anni­hi­la­tion at the hands of the Nazis.

While Tanya Ury’s great uncle Wilhelm Unger bequeathed his library, including many books of partic­ular Jewish histor­ical interest, to the city of Duis­burg, his personal archive went missing with the Cologne Archive disaster in 2009. Unger, who died in 1984 was also, as co-founder of the Germania Judaica of the City Library in Cologne, an impor­tant voice in Cologne. Alfred Unger’s personal library, with its many German clas­sics and signed first editions, is now however, unac­counted for. Even if these books are situ­ated in a museum storage unit, some­where in Germany, in one of the 19 insti­tu­tions to where all salvaged archive mate­rial was sent, following the acci­dent – personal archive owners have been informed it will take some 30 years to sort through and clean every­thing.

The impli­ca­tions of the loss of such a family archive has been far fetching, given that much of this was the last remaining token of a family that was emotion­ally if not actu­ally destroyed by Nazi Germany. In the face of a sense of trust again having been betrayed in Germany, and a feeling of desper­a­tion after the events of the 3rd March 2009, Tanya Ury expe­ri­enced burn out.

She was not alone – many Archive workers, who were working on the premises the day of the collapse, and barely escaped with their lives, or those histo­rians, whose project studies were ended with the sudden loss of research mate­rial, also under­went psycho­log­ical break-down. The perfor­mance with its title archive burn out refers to emotional exhaus­tion, as much as to oblit­er­a­tion by fire.

A parallel to the book burning by Nazi Germans that Ury’s grand­fa­ther Alfred expe­ri­enced as an author in Berlin and his brother Wilhelm Unger witnessed as an inno­cent bystander, in Cologne is drawn by contem­po­rary artist and archive owner Tanya Ury, who has been left bereft of her family testi­mo­nial. archive burn out commem­o­rates their destruc­tion at the time and the contem­po­rary loss of the archive.

1 Including the artist Mary Baumeister, Peter Busmann, the archi­tect of Museum Ludwig and the Phil­har­monie in Cologne, Jewish composer Jacques Offen­bach and Hein­rich Böll, the Nobel prize winner for liter­a­ture.

Archive – a collec­tion of works 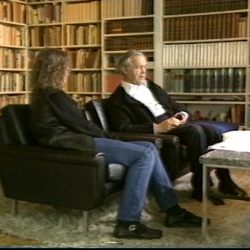 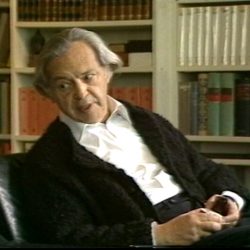 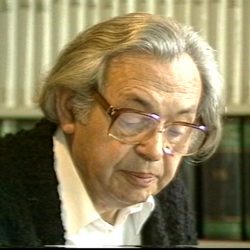